(Writing by me) True Will and Altruism - Why? 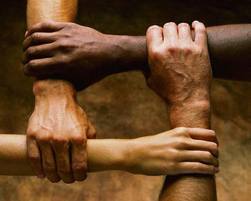 First, some quotes and background information.


God sleeps in the rocks, stirs in the plants, dreams in the animals, and finally awakens in man. - Vedic Proverb

Quoting from article:http://unusmundus-melie.blogspot.com/2012/05/article-egyptian-numerology-pythagorean.html
"All religions from the time of Babylon have adopted (in one form or another) a Trinity doctrine or a triad."

"The contemplation of this figure leads to an understanding of one of nature’s most common forms of growth, growth by accretion or accumulative increase, in which the old form is contained within the new."

"The vertical side named by Osiris represented the three vital principles: Salt, Sulfur, and Mercury. The long horizontal side named by Isis was the expression of the four basic elements: Fire, Water, Air, and Earth. Finally, the hypotenuse named by Horus showed five divisions, representing the five stages of the development of Life: Minerals, Plants, Animals, Humans, and Enlightened Ones."

"The fivefold symmetry of the hypotenuse symbolizes the development of life in its evolution toward the Light."

"The five sections demonstrated the theoretical distance separating the different realms. One fifth is the evolution from mineral to plant, one fifth from plant to animal, one fifth from animal to human, but the true fulfillment of the full humanity needs the last fifth of the scale to be completed."

"Above the natural human being is the one who has made himself [or herself] the subject of the Great Work, who is adept, master and Magus. The Human being who completes the Great Work by becoming one with the Father, even as the line of Horus in this triangle, completes itself by arriving at the point whence the line of Osiris descends."

Email ThisBlogThis!Share to TwitterShare to FacebookShare to Pinterest
Labels: Altruism, True Will, will, Writing by me
Newer Posts Older Posts Home
Subscribe to: Posts (Atom)